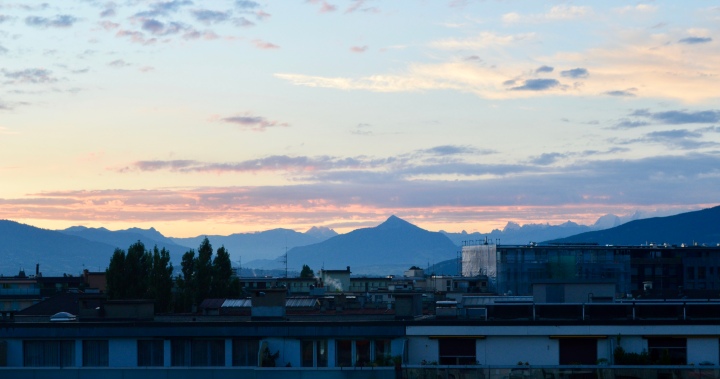 As this is my first ever post on here, (Which is exciting, but quite daunting!), I figured that I should use it, to give you, the reader, a little bit of background about my life and how I came to start this blog.

My name is Joanna, a 30 something, mum of two little girls, who lives in Oxfordshire. I grew up in London and went to university in Manchester. Fast forward a few years later, and you will see that there is a lot more about me than just that.

I think the best place to start in my life and maybe the most interesting, is when myself and my fiancee (Now my husband), made the big decision to relocate to Geneva, Switzerland, for his job.

It was 2011, we were 28 years old and my husband (then my fiancee), was offered a great job in his line of work, which was to be based in Geneva, Switzerland. I always knew that moving abroad was a strong possibility in his line of work, so I wasn’t too shocked. I was very happy for him, as this was a fantastic opportunity for him and his career.

Now, I want to be able to say how excited that I was about moving abroad, but I was extremely anxious. You see, I come from a close family and network of friends and I was scared of leaving the comfort of them and home. Basically, I was nervous about change, despite the fact that I had left to go to university in a different city, four years previously, then continued living away from friends and family for another two years, but at least it was in the same country! I was anxious about not being able to speak French, getting used to a different culture etc… But, I went out to visit Geneva first, did tons of research and I was brave and decided to look on all as these potential negatives, as positives. I applied for a work visa, and off we went with just three suitcases to the airport, in November 2011.

Let me start by saying, that Geneva is beautiful. It is located right by the mountains and it borders France and is situated on Lake Geneva. It is a commuter city and is therefore a great location to be in to travel to other destinations in Europe.

At first, we lived on site of my husbands work, which in all honestly wasn’t that great! Which we had to do, whilst looking for an apartment to actually rent. (Please note, that this can take absolutely ages!) Don’t get me wrong, it was a comfortable (Think a travel lodge without the hotel service), but being there and  living and eating in my husbands place of work, became more than a little closterphobic. I also had no job, spoke no french and both of these factors, made me feel a little useless.

I had done lots of research about possible jobs. I am a qualified early years teacher, so I was looking for jobs teaching children english. I was aware that I had to have a work visa in order to get a job, but little did I know that this would take such a long time to actually get issued one!

However, the great thing, was that we had a ready made group of friends from my husbands work, not all of them I had an awful lot in common with, but it was very sociable. I got on with two girls in particular, who did not happen to  work either and we had a great time together, just chatting, drinking tea, wine and exploring Geneva.

After a month of being in Geneva and still living onsite of my husbands work, and hiring a company to help us find an apartment, (It really is that difficult!), myself and my husband, finally got offered an apartment. It was a 2 bed apartment, on the 8th floor and in a great location. (My one requirement to my husband, was to be near the hussle and bustle of everything) The building itself was ugly but our view from our balcony was amazing (See the picture header for this blog!) and it was only 20 minutes walk from the lake and shops in town, which was perfect.

During this time, we had such fun with our friends. During the winter months, we went skiing (Which I wasn’t very good at, but I did enjoy the apres ski), ate fondue, had dinner parties, hikes and picnics in the mountains during the summer. Looking back, I realise how fun that was all to experience.

After the first few months of moving there, with still no work visa, I decided to volunteer at several local schools and try and learn French. The volunteering was the best thing that I could have done, as it kept me busy, let me meet people and have independence and it finally led me to my paid teaching job. Learning french also kept me busy, but I have to admit that I could have tried harder and actually, I think I learnt more french, just being in a french speaking country. I most definitely came back knowing more french than when I started.

I eventually found paid part time work teaching children english. I worked for two different companies and I absolutely loved it. Having a job gave me the independence that I needed and my own money and a chance to make my own friends. However, it wasn’t always easy. In my both my teaching jobs, I was really thrown into the deep end. I was mainly teaching french speaking children, so communicating was sometimes tough, but I got through it and worked extremely hard and it was such a big sense of achievement to see the children learn.

I worked for a year and a half and then became pregnant with my eldest daughter in 2013. She was born in the University Hospital in Geneva, in the March of 2014. This is the first time that I had experienced the healthcare system in Geneva, which was daunting, as it was mostly in French and we had to get our heads around the medical insurance system. But, I certainly learnt a lot about myself. I generally had a good pregnancy, had great doctors, met some lovely english speaking mummy to be’s in my Prenatal class and through the site Meet up.

Once I had actually given birth and of course recovered, I went out of my way to meet new people and eventually I made a big group of mum friends, with babies around the same age as mine, who by the time I left Geneva, had turned into some of my best friends! I feel very lucky that there is a huge mum expat community in Geneva and it was so easy to meet so many people. It was a new and exciting adventure, being a mummy and I absolutely loved it!

So, 2014, 2015, 2016, were me living the ‘mummy life’. My days were busy and sociable, which I enjoyed so much. I enrolled my baby daughter in all of the baby groups, had playdates, spent a lot of time at the parks, went on mum nights out and always had something to do and of course, people to see. I was still friends with my non mummy friends, and I saw them at the weekends. Looking back now, this is the time of my life where I really learnt the most about myself and who I was. Mummy life abroad, wasn’t always a smooth ride, but I was mostly happy and met some friends for life.

I fell pregnant with my second daughter in 2016 and she was also born in the university hospital in Geneva. It was a different experience second time around, as I already had my good mum friends and I also knew that we were due to move back to the UK just 3 months after my daughter was born. There was a mixture of huge sadness but huge excitement, about finally moving back to the UK.

So, from not really wanting to move to Geneva in November 2011, we actually ended up living there for a grand total of 5 and a half years. I can honestly say that it was the best thing that I went through and I certainly experienced a lot of big life changes there and it will always bring back a lot of fond memories for me.

I think we were lucky to have had the opportunity to live abroad for the length of time that we did. To experience living somewhere with a different culture and language, taught us a lot! I am certainly a lot more independent and confident now. I will always look back on my time living there very fondly. We made some fantastic friends for life.

However, expat life wasn’t always rosy and lovely. As a new mum, I really, really missed my family back in the UK and my friends. Yes, we skyped and spent a lot of time on FaceTime, but it wasn’t the same as actually being with them. So, I am so glad to be back in the UK. Once we had our second child, I knew that it was the best choice to move back to the UK. My family and friends in the UK are so important to me and I needed them to be just as important and mean the same to my daughters. I especially love seeing my eldest daughter, interact with them all, especially both her sets of grandparents and with her cousin.

This finally brings to the question, ‘why blog’? Well, I started reading blogs (Mum blogs in particular), just after I had my first daughter. My main aim, was to find the answers to the one million questions that I had about being a new mummy. I started following a few people and then more and more. I soon realised that there is a huge community of mums out there, just like me and I thought to myself, ‘I could do this too’.

I have learnt so much about myself since becoming a mum. I have many new friends, gained confidence and have been educated in so many things. I feel like there is a huge stereotype of the ‘stay at home mum’ and I want to show through this blog, all the things that are actually involved.

I am hoping, through writing this blog, I can write about things that I feel passionate about and to be able to use this platform as a creative outlet, away from being a Mummy. I feel that writing fits in with my family life and will connect me with others and hopefully, it will very soon become something for me to call my own and most importantly, be proud of. Its only now that I have actually got around to starting this blog, and I feel like I have a few stories to tell!

I look forward to sharing my stories and thoughts with you…. feel free to keep me company at any time.

This is a text widget, which allows you to add text or HTML to your sidebar. You can use them to display text, links, images, HTML, or a combination of these. Edit them in the Widget section of the Customizer.
%d bloggers like this: